Much more can and needs to be done to address the sensitive topic of mental health in Asia.

AsianScientist (May 4, 2014) – Mental health is not something that is often discussed in Asia. To some extent, it is a touchy topic that not many people want to talk about.

Recently, news broke of the unfortunate incident of a scholar who engaged in self-harm and inflicted harm onto others at a prestigious American institution. While her actions are deplorable on a superficial level, it served also a clear-cut clarion call for help that she did not know how to seek. It was also very fortunate that no further harm was inflicted on either party.

In the United States, mental health has been the center of attention for a while now, especially at the intersection of gun crime and mental health. Columbine, Sandy Hook and Virginia Tech are a few of the terrible tragedies that have sparked conversation about mental health and gun laws. In Asia, the situation is not as painfully glaring, but I believe that we all want answers to the following questions:

When and how do we talk about it? The many facets of mental health

Mental health encompasses all things related to the mind – from psychiatric disorders to eating disorders to stress and anxiety. The World Health Organization (WHO) defines mental health as “a state of well-being in which every individual realizes his or her own potential, can cope with the normal stresses of life, can work productively and fruitfully and is able to make a contribution to her or his community.”

Mental health can be subjective to diagnose. I’ve heard many anxious teenagers (myself included back in the day) say, “Oh, God, I’m so depressed; I have SO many exams coming!” However, more often than not, people suffering from depression fail to communicate their feelings. Sufferers can also be in denial of their condition.

According to the Global Burden of Disease study in 2010, mental and substance disorders account for 7.4 percent of all disability-adjusted life years (DALYs) worldwide, where DALYs are a measure of disease burden expressed in number of years lost due to disability, ill health or early death. Depression accounts for about 40 percent of DALYs caused by mental disorders. Simply said, depression takes away the most productive years of one’s life and of the lives of those caring for them.

Why can’t we talk about it? Just get over it, already

Let’s face it: Asians aren’t renowned for hugging and kissing. Dinner table conversation? Keep quiet and eat your rice. Pursuing your dreams of being an actor? Do you want to be poor the rest of your life? What will become of your (non-existent) children? The notion of “individualism” in this definition is generally not a value that is appreciated in Asian households.

A collectivistic culture is pervasive among Asian families i.e. a culture that emphasizes the rights of the family, to do what is best for others as opposed to themselves. Hence, the “just get over it, already” attitude that contributes to the stigma of discussing and addressing mental health issues in the household.

The ‘stressors’ placed upon Asian growing up are very common. The Asian family paradigm was made extra famous by Tiger Mom (Go Yale…!). Behold the Asian stereotype:

“What do you want to be when you grow up? Doctor, right?”

If not doctor, then lawyer. If not lawyer, then engineer. Throw in a side of piano and ballet on top of math, English, Chinese, Malay, History and Geography ‘tuition’ and the next 12 years of education are set. Plowing through is the only way I can think to describe a didactic education.

While such a rigorous style may suit some individuals, it will not be to the advantage of all. For instance, in South Korea, academic stress and violence were found to be very strong risk factors for adolescent suicide. This suggests a need for a hard look at current views on mental health and wellbeing, starting from a young age.

What can we do?

As a society, I believe we could all contribute by reducing stigma in our approach to mental health. Mental health does not discriminate; it affects people from all ethnicities, genders and socioeconomic class. All of us have brains that are subject to illness, the same way we have hearts, livers and colons that are equally prone to illness. So, in the same way that we exercise to care for our other organs, we ought to look after the most complex one in the human body. This is easily done by taking a break from the screen and going out to buy an ice cream with your coworker, or talking to a friend face-to-face.

The key to talking about mental health begins with a simple “How are you today?”

This article is from a monthly column called Our Small World. Click here to see the other articles in this series.

Copyright: Asian Scientist Magazine; Photo: Victor/Flickr/CC.
Disclaimer: This article does not necessarily reflect the views of AsianScientist or its staff. 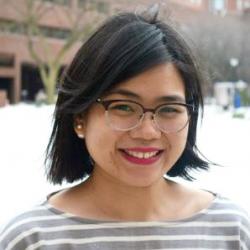