How Worms Hijack Stem Cells To Create Their Nests

Root-knot nematodes can manipulate the stem cells of plant roots to form their nests, study says. 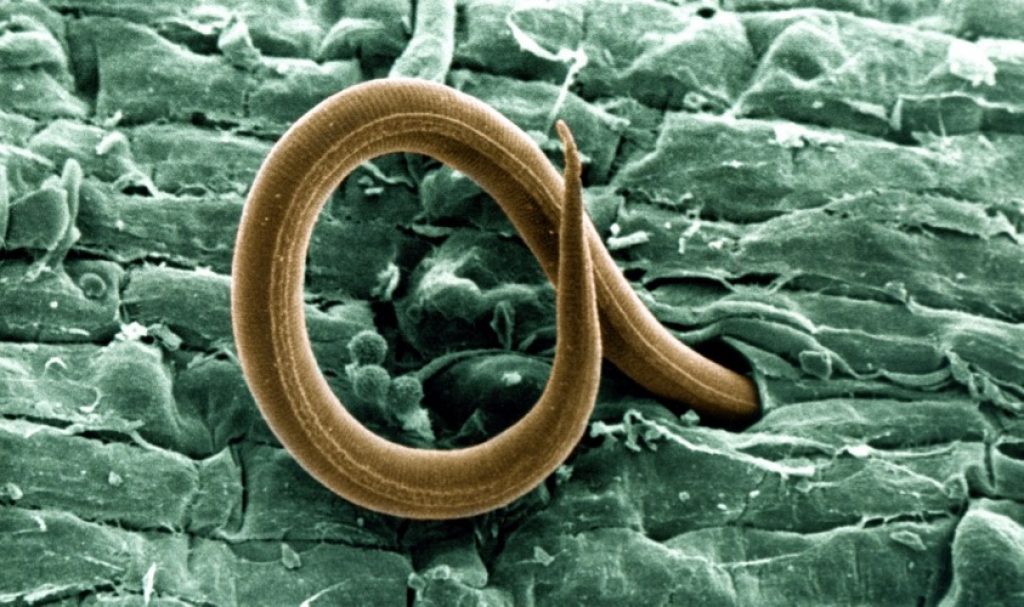 AsianScientist (July 31, 2017) – Parasitic nematode worms take over plant roots by hijacking their stem cells. These findings, by a team of researchers at Kumamoto University in Japan and Universidad de Castilla-La Mancha in Spain, have been published in Frontiers in Plant Science.

Root-knot nematodes are parasitic worms that infect plant roots, creating knobbly structures called galls that damage crops. Even though these worms are one of the most devastating agricultural pests, there are currently no effective countermeasures against them.

Although A. thaliana’s roots are very small and difficult to evaluate, the researchers succeeded in obtaining highly accurate results. They acquired a large amount of genetic data by using next-generation sequencing and performed several statistical analyses.

As a result, the researchers found that plant stem cell function seemed to be abnormally activated by nematode infestation. Although many higher plants have a small amount of stem cells at the boundary between xylem and phloem cells, the activity of these stem cells is strictly controlled. However, when these stem cells start growing out of control, abnormal tissues are formed, just like in cancer.

In the galls, the researchers found that the control of the stem cells, which should be held very precisely under normal conditions, exhibited runaway conditions when infected by the parasitic worms. This led them to hypothesize that the nematodes were manipulating the plant stem cells to build their nests.

To verify their hypothesis, researchers stained the stem cells blue and observed the plants from the beginning of nematode infection until gall creation. The blue stain showed the stem cells spreading with root growth, verifying that the nematodes were seizing control of the plant stem cells to make their nests.

This study revealed that plant parasitic nematodes can hijack the stem cells of plants. This discovery is very important to agriculture because it will enable the development of improved plant breeds after the mechanism of the stem cell appropriation is illuminated.

For example, a practical application for plant stem cells that is currently used in Japan for crops such as strawberries, asparagus, orchids and cyclamen involves taking the stem cells from the strongest plants to culture new crops in vitro. However, the technology for inducing stem cell formation is very difficult and there are not many crops that can actually use these methods.

“Nematodes can infest a great variety of plants,” said Professor Shinichiro Sawa, leader of the study at Kumamoto University. “This ability to activate the stem cells of most crops is a technology that humans do not yet possess. In the future, by studying how plant parasitic nematodes manipulate plant stem cells, we expect to be able to develop technologies that enable much more diversified plants and crops.”

The article can be found at: Yamaguchi et al. (2017) Root-Knot and Cyst Nematodes Activate Procambium-Associated Genes in Arabidopsis Roots.

Source: Kumamoto University; Photo: William Wergin and Richard Sayre/CC.
Disclaimer: This article does not necessarily reflect the views of AsianScientist or its staff.