Of Virtual Competitions And Real Relationships

Although the Student Cluster Competition went fully virtual in 2020, what remained unchanged was the importance of teamwork and community.

AsianScientist (Apr. 8, 2021) – By Sheryl Lee and Jill Arul – From Monday to Friday, Liu Siyuan is a system administrator at a trading firm. His is the domain of mammoth machines that move data at lightning speeds. From software updates to hardware maintenance, he spends his days taking care of their every need.

But Liu is no ordinary system administrator. As captain of the Nanyang Technological University, Singapore (NTU) team that won the Student Cluster Competition (SCC) in 2017, he was once a keeper of bigger beasts. For a few precious hours each weekend, he relives this experience as he trains a new team of juniors to take up the mantle.

“When I first started, I didn’t have a lot of useful materials and had to learn a lot of things the hard way,” Liu recounted. “I want my juniors to get a good start.”

The first SCC was held in 2007, but it wasn’t until almost a decade later that NTU started sending teams to take part. By then, the competition had grown to involve more than a dozen teams from countries all over the world, including China, the US and Europe. In the school’s second year participating, the team of six undergraduates led by Liu won the top prize.

For the love of supercomputing

A Chinese national, Liu moved to Singapore in 2013 to study computer science at NTU. There, he found a home in the high performance computing (HPC) community, which was then a motley crew of just ten students. Though small, the informal club was dedicated to proving itself at competitions: team members would meet weekly during school term, and spend more than half their holidays preparing together.

“A lot of my good friends now are from the team,” Liu remarked. “I think we built up this relationship because we spent so much time together. Most of my university life I spent with this club.”

Dr. Francis Lee, who revitalized NTU’s informal HPC club when he took over as club advisor in 2016, said that the school’s HPC community has been growing since then.

“With our success in 2017, more people got to know about us and more people have joined,” he said. “That’s how our ecosystem works; we have enthusiastic students who want to learn, and seniors who are willing to come back to share.”

Today, the club is a diverse community where students of different nationalities have come together to bond over a shared love of supercomputing. The latest SCC team, Supernova, is a mixed bunch hailing from Indonesia, Malaysia, China and Vietnam.

“Even though we are from different countries, we all speak English,” said team leader Li Shenggui, a fourth-year computer science student from China. “We’re all from NTU and we’re used to the way NTU students work together. We share a common culture.”

For 2020’s competition, which was held in November, Li partnered Aurelio Jethro Prahara, an Indonesian student in his second year at NTU with a background in data science and artificial intelligence. Together, they tackled the reproducibility application—one of four in the competition—which required reading a research paper on computed tomography reconstruction and replicating its findings under different settings and datasets.

Every cloud has its silver lining

While the applications were similar to past years’ challenges, the 2020 competition was the first to be conducted virtually. In the past, students had three months to build a cluster and ship it to a convention center, with cloud computing playing a minor role. This time, with the competition held online, all teams migrated completely to cloud-based HPC with only a month to prepare. Previous years’ power caps were also replaced by budget limits in Microsoft Azure cloud—constraints the team’s cloud manager Pang Jin Hui carefully navigated.

“It’s a trade-off between performance and price,” explained Pang, a third-year computer science student from Malaysia. “If you spend more, your performance will be very good. But you have a limited budget.”

Though the learning curve was steep, cloud computing also had its perks.

“In some sense, it’s very easy because we don’t need to do a lot of configuration,” Pang mused.

In previous years, existing libraries in the hardware and outdated software made it difficult to install new libraries bug-free. The cloud cluster, though, always started out empty, with relatively new versions of both hardware and software. And power could be ramped up easily where needed, allowing users to harness supercomputing power without investing in costly hardware.

“Supercomputing is going to be the norm pretty soon. But it’s still got a long way to go,” said Lee. “A lot of people don’t know how to optimize; they think that as long as it runs, it’s okay. I hope some of these students will go into the field like their seniors have, change that environment, and contribute to it.”

One community, many nodes

With changes to the competition format and the intense time crunch, Liu’s guidance has become even more valuable this year. On a particular Saturday afternoon before the competition, the team gathers in a Zoom room for yet another training session. All muted with video off, only their names appear on the black screen: Aurelio Jethro Prahara, Pang Jin Hui, Tan Jia Qing, Long Do Xuan, Dong Yunxing and Li Shenggui.

These meetings are not like the ones Liu remembers—there isn’t much room for quality time spent together in-person during a pandemic—but the spirit and camaraderie of the club endure. After a 20-minute-long lesson on cloud software, the team settles down to discuss strategy, peppering their professor and seniors with questions on how much time and power they need to allocate to each section. As the afternoon wears on, the discussion meanders from budgeting to benchmark performance before veering off to analyzing specific parameters. It’s dark when they finally disperse.

After two months of intense preparation, D-day arrived on November 11. Racing against 18 other teams working across six different time zones, team Supernova gave their all over the next 72 hours, completing the benchmarks, applications and the mystery application announced only at the start of the competition. Despite their best efforts, the team eventually lost out to Tsinghua University, which dominated the competition by coming out tops for all three benchmarks and most of the applications.

A slightly disappointing result perhaps, but Liu knows there’ll be a next year, and he knows he’ll be around. HPC is much more than winning competitions, he said.

“What’s cool about HPC is that we’re always striving for better performance,” Liu explained, his enthusiasm growing with each word. “That’s what we do each competition, and that’s what HPC centers are doing all over the world. They build very complex machines and try to accelerate all kinds of scientific discovery. Getting as much performance as we can with what we have—that’s what I really enjoy.”

Ultimately, Liu concluded, HPC is about a journey to constantly outdo yourself in the face of constraints. Along the way, you impart knowledge to newcomers and build community. And as your cluster of nodes grows, so does your collective power.

This article was first published in the January 2021 print version of Supercomputing Asia.
Click here to subscribe to Asian Scientist Magazine in print.

Copyright: Asian Scientist Magazine; Illustration: Oi Keat Lam.
Disclaimer: This article does not necessarily reflect the views of AsianScientist or its staff. 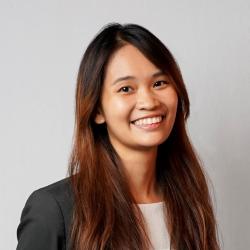 Sheryl Lee covers science, business and culture, with a focus on Asia. She reports on topics ranging from climate change and cities to AI and health.

Sheryl Lee covers science, business and culture, with a focus on Asia. She reports on topics ranging from climate change and cities to AI and health.